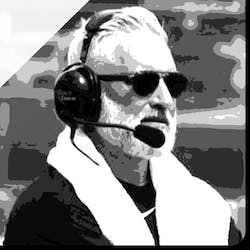 Check out the resources I offer below and sign up for my newsletter!

Reader, When I decided to put together this Black Friday special edition I asked you what you wanted to know about the Run & Shoot offense. Little did I know that when I sent that email out to you and our other coaches that subscribe to the newsletter I would receive 40+ emails with a wide array of requested topics.

That blew me away!

So, in todays issue I put together some material to handle a small fraction of those requests. It looks like there will be more to come in the future.

Here's what I have to get you started...

1st Quarter: Your Primer on the Run & Shoot Offense

Take a look at a mini-clinic I put together to illustrate some of the above concepts...

Ordering up the defense is a concept I had first developed after talking to my good friend Ben Griffith in 1989. There's a systematic approach in doing so and it all depends if you are under Center, in the shotgun or featuring the Pistol.

Under Center Hot Pass to Order up the Defense...

Can you imagine the father of the Run & Shoot Offense and the coach who coined "3 yards & a cloud of dust" working together?

Yes it happened when Coach Woody Hayes brought Glenn "Tiger" Ellison onto his staff at The Ohio State University.

The stories I heard from Tiger were hilarious and noteworthy. But did you know that Woody installed some Run & Shoot Passing concepts in the Buckeyes offense? In fact, I spoke to Rex Kern a few years ago and he explained the way that all transpired to eventually help them defeat the USC Trojans in the Rose Bowl to win a national championship in 1969!

Here's a little insight from coach Hayes on apathy...

In the forward to Ellison’s book, Hayes shared some of his thoughts on the Run and Shoot:

"In his book Ellison goes further toward opening up the game than any other coach I have ever known. His daring departure from traditional football will amaze you. But I have seen his teams play. I have studied their movies. His fantastic offense had fantastic success. It is a crowd pleaser. You could almost bet every year that his quarterback would make the all-state team. Yet those quarterbacks seemingly possessed only average physical ability. I suspect that their success can be wrapped up in one word: dedication-to their coach and their cause.

I am sure that every coach, regardless of the level on which he works, will profit from a study of the revolutionary ideas expressed in this book."

In the following film session Jason Phillips and I go through the some game footage of Blinn Junior College executing the offense.

I have always been impressed with Jimmy Klingler as an offensive coordinator and you'll see just how productive he made that offense at Blinn. As Jason & I go through discovery mode you'll enjoy the details of what he brings to the forefront as we watch the film.

From that point, we move on and critique a 7 on 7 Skelly session with some back and forth comments of adjustments that need to be made to fine tune that particular unit.

FYI: Jason is one of my best friends in the business and arguably the best receiver coach in North America. He just wrapped up a stint coaching with the Hamilton Tiger-Cats in the CFL. His insight on the Run & Shoot comes from playing in it at the University of Houston (A 2-time consensus All-American & member in the Ring of Honor) and he also played in the system for the Atlanta Falcons.

What's it like to transition to a variation of the Run & Shoot in one season?

In this Zoom call, I talk with San Antonio Warren head coach Josh Littrell to hit on the highlights of his year long journey to establish the Triple Shoot offense in 6A Texas high school. Josh did a fantastic job in regard to leadership guiding his troops from a 2-8 season to an 8-4 season that launched the Warriors into the second round of the Texas High School playoffs.

Here's our conversation below...

After numerous requests I am publishing some inside information on this offense.

Here's the next section on the evolution toward the Triple Shoot Offense.

In this episode I introduce you to the "Swarm & Shoot" which is the brainchild of Joe Gardi. My path to Hofstra was by accident yet it was the most important time in my young coaching career. I could not have asked for a better oppportunity to show up in my first foray as an Offensive Coordinator.

Coach Gardi's hands-off approach gave me a path toward creativity that I never dreamed possible as an assistant coach. To this day I am forever endebted to Joe, the players, and some of the most fantastic assistant coaches I have had the privelege to learn from for sure.

Here are some private links to get you caught up on previous episodes...

Check out the resources I offer below and sign up for my newsletter!